Visiting PhD students at Bionanoteam in 2014 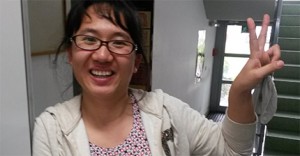 From March until August 2014, PhD student Song Ying from Wuhan, China, has been visiting our research group. »Sonia«, as she preferred to be called, joined our lab via Erasmus exchange to study the toxicity of chlorinated aromatic compounds. Working under the supervision of dr. Polonca Trebše from the Faculty of Health Sciences, she studied the influence of chlorination of organic compounds on their cytotoxicity and genotoxicity. She worked in the cell lab, using MTT assay, Neutral Red uptake assay, glutathion S-transferase activity and comet assay.

Czech PhD sudent Pavlína Škarková is returning to our lab

Our research collaborations include: